An Overview of Torrent Technology

An Overview of Torrent Technology

All Totem drivers are custom engineered but the best example of Totem’s unique approach to driver design is the Torrent woofer, found in the Element series and select models of the Tribe series.

The genesis for the Torrent’s revolutionary application was our conviction that a driver could be made without using any active or passive crossover parts in the signal path of the woofer section.  All speakers with Torrent drivers only have a simple crossover composed of as little as two components exclusively for the high frequency section.

A crossover free network in the woofer path allows the purest flow of sound and energy.  Coupled with the remarkable magnetic structure, Torrent displays remarkable control and striking accuracy both on and off axis while projecting unsurpassed clarity and phase correctness. The result is an immersive and gripping musical experience. 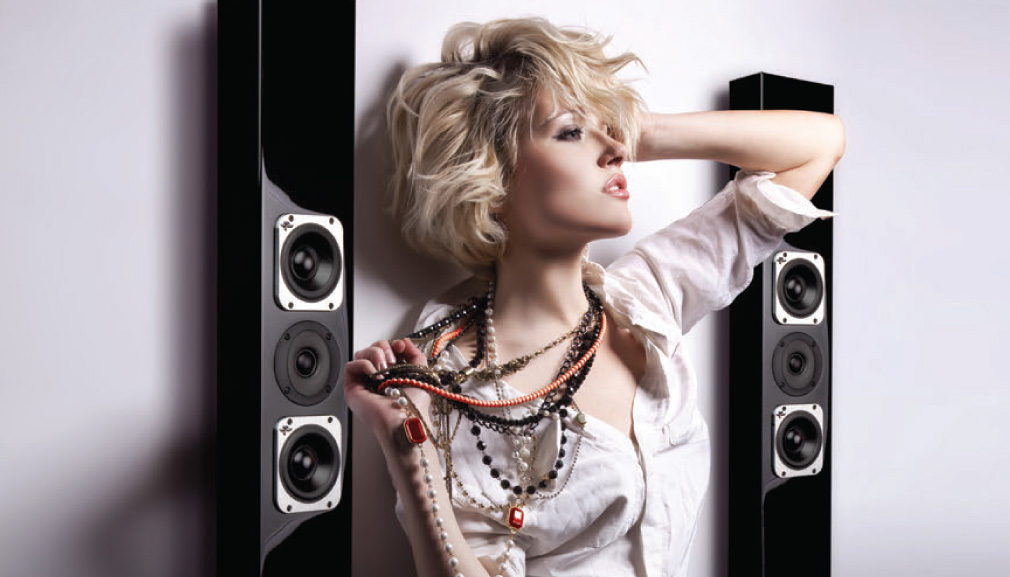 A standard driver features a voice coil wound with round wire that is mechanically controlled by the suspension and travels in and out of the magnetic field created by the thin doughnut shaped magnet encompassing it.   The issue with the traditional approach comes when the voice coil moves out and away from its rested position because the further it goes, the further it leaves the magnetic field and control of it is compromised.  The magnetic flux and gauss change, resulting in dulled dynamics, blurred transient response, and a distorted frequency response. The exact same effects occur as the voice coil moves back.

Torrent was conceived so the extended voice coil throw is constantly immersed in a powerful magnetic field. This allows the voice coil and by extension, the attached woofer cone to react blazingly fast yet in a completely controlled linear manner.  That means bass performance from a speaker that is as accurate and natural as that from the finest stand up bass played by a skilled musician.

The very first Torrent woofer was a 4” platform designed for the Tribe III.  This incredible on-wall speaker dazzled the industry with its ability to generate stunning bass output that defied its dimensions.  It was the launch of Torrent, and served as a technology statement to celebrate Totem’s 20th anniversary.  Years of research, development, and critical listening eventually resulted in the 7” juggernaut driver found in the Element series.  This remarkable driver best exemplifies Torrent technology.

This platform uses a compound magnet system of unique geometry, deploying seventeen 2.5” long neodymium magnets to completely encircle the voice coil. These magnets have a geometrical claw shape to further optimize magnetic efficiency and directionality.  The creates an extraordinarily high magnetic flux throughout its enormous 1” throw so it accelerates blazingly fast and brakes instantly.  It is a new level of speed and power, consider it the Ferrari of woofers. 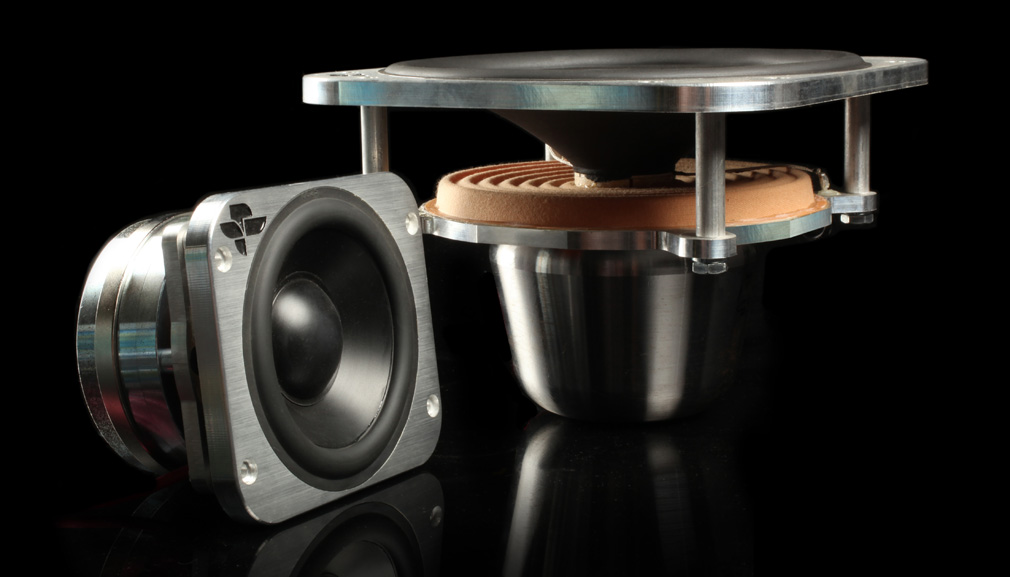 No ordinary components would suffice in this application and all possess special modifications as innovative as the magnet structure.

A cradle was machined and fabricated from 3 alloys selected for their strength to hold the symmetrically arranged Neodymium magnets and contains and the monstrous magnetic field.

The voice coil is made of stainless steel and wound with square copper wire to eliminate air gaps to maximize the magnetic strength while minimizing distortion. The spider material is a specialized natural cotton hybrid to provide the required resilience.  The cone is bolstered with multiple compounds and reinforced with an O-ring for enhanced linearity and edge diffraction attenuation. The natural rubber surrounds are micro-processed to the thinnest possible formulation for minimum resistance.  Every part and material was painstakingly chosen not only for their individual benefits but for how they interact harmoniously together.

The framework and motor structure of the 7” Torrent is micro machined and hand assembled from over 30 pounds of aircraft grade aluminum, stainless steel and other alloys.  The artisanal craftsmanship and is more akin to the manufacturing process of a fine watch or racing engine, taking over 10 labor intensive hours to meticulously assemble.  The finished driver weighs just under a staggering 10 pounds. The ultimate goal of Torrent was to achieve musical purity coupled with prodigious power. The crossover-less design means the amplifier makes a direct connection to the woofer, bypassing distortion and coloration introduced by a crossover. The magnetic structure bestows a controlled fury of bass energy that is at once both explosive and tuneful.  In other words, Torrent is the purest expression of Totem DNA. 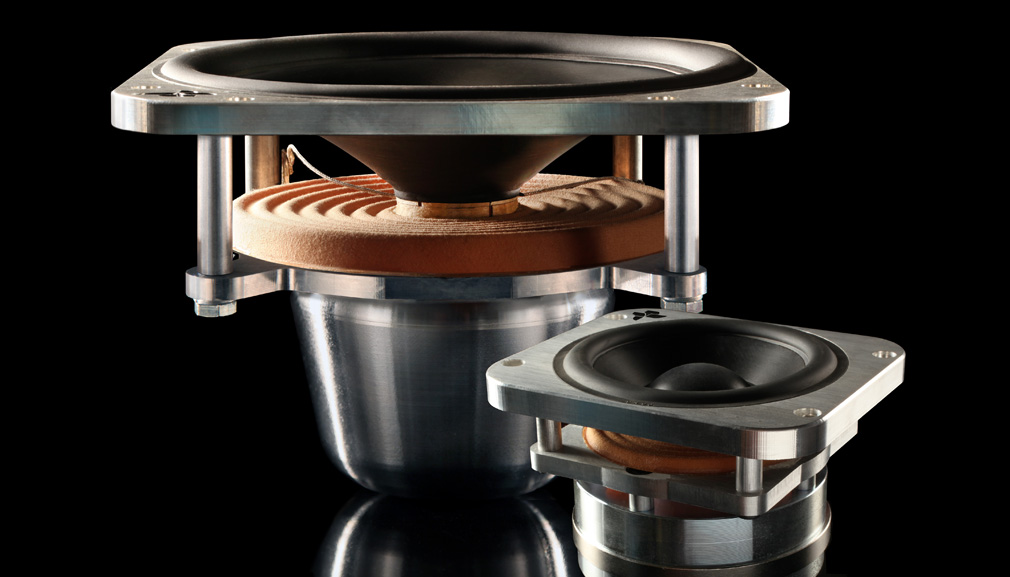